Catt Landa is a self-taught painter and tattoo artist.

She was born in Palaiseau in 1981, of Portuguese and Caribbean origin, she grew up in Les Ulis.

Passionate about Art, she begins by reproducing the heroes of her childhood. At the age of 10, she learns painting, but preferring direct contact with the medium, she decides to develop her artistic abilities by working with pencils, pastels, charcoal and sanguine.

After a Scientific Bachelor's degree, she studied medicine at the University of Orsay. She took drama lessons at the Franco-American school FACT in Paris, then English at the University Paris-Sorbonne, and finally returns to her first love, the drawing ...

Hyperrealism is the movement that touches her the most, and in 2012 she picks up her brushes and studies the techniques of the masters of the Renaissance.

She exhibited her first paintings in France in February 2013 (Robert Hossein Center in Nozay) and sells almost all of her works on the day of the opening.

Since 2014, she has specialized in biographical portraits and the adaptation of novels.

In 2018 she imagined a new concept of decorative painting, by associating food, monuments, objects, characters or animals with geometric shapes, symbols and translations in several languages, thus forming universal collections.

She created the company CATT LANDA and registered her trademark in 2019.

The creations of this project honor some of his poems and lead Catt Landa to paint women (inspired by Baudelaire's muses) and naked men, accompanied by extracts or entire poems taken from the Flowers of Evil. 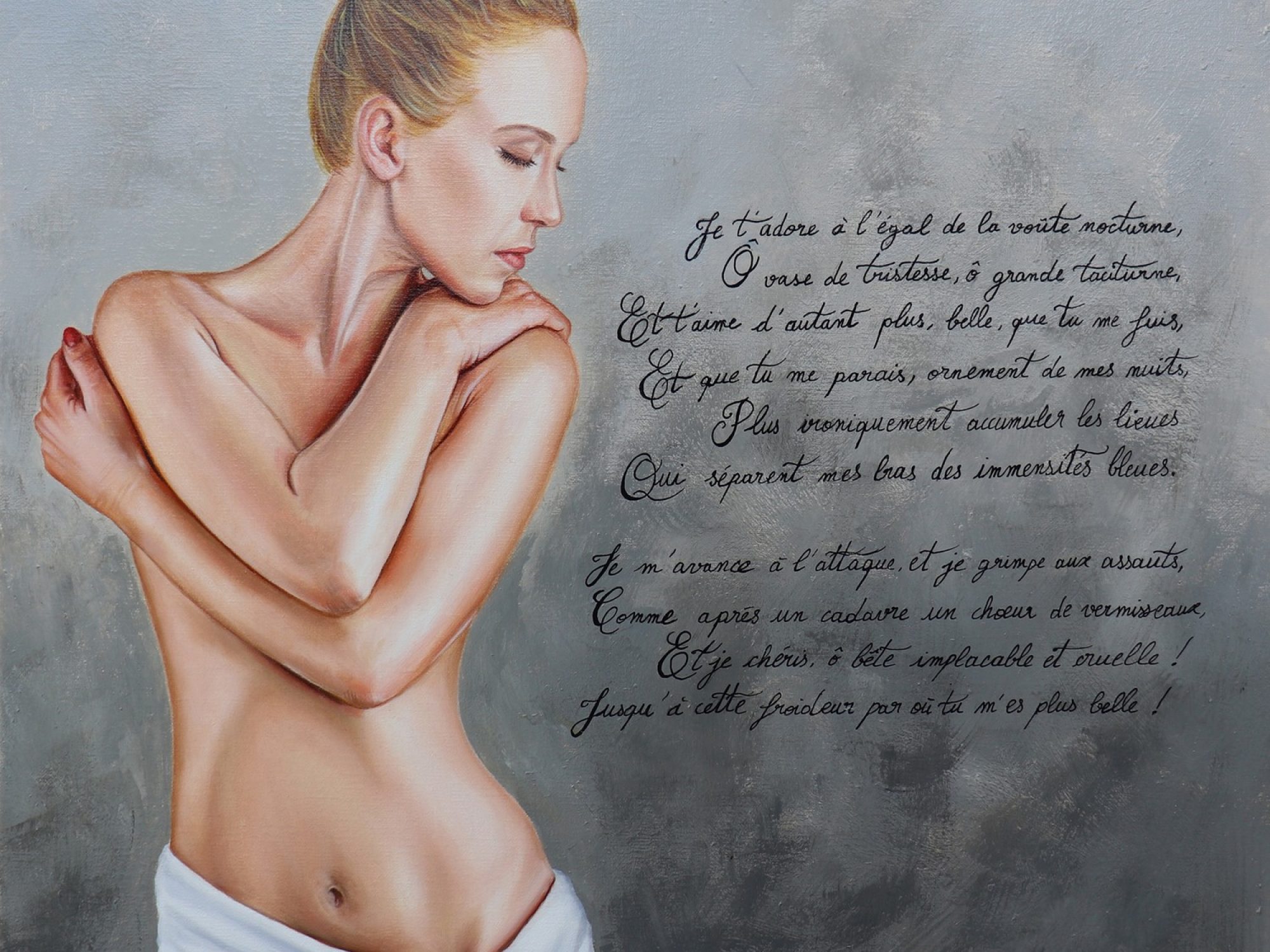 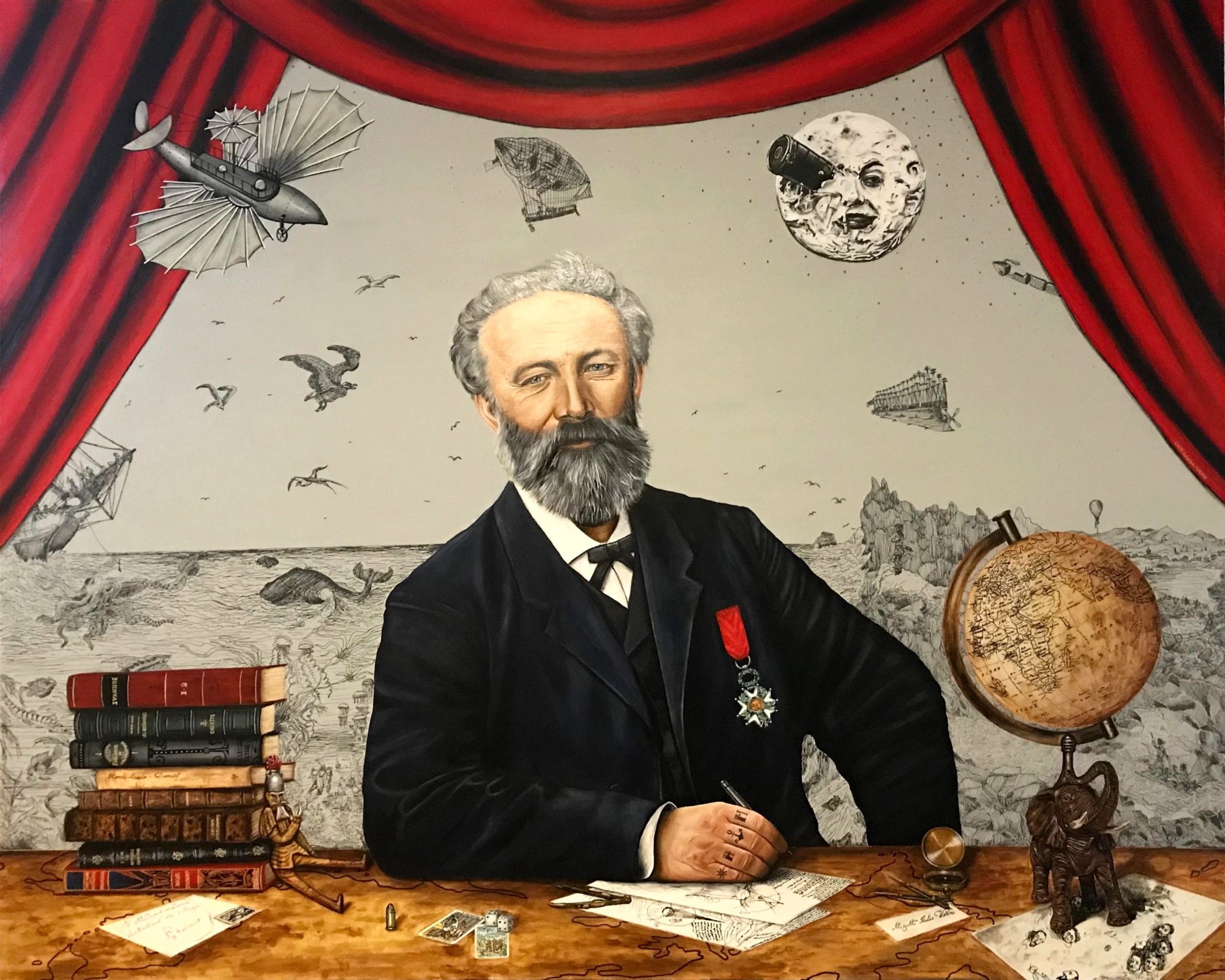 It was in 2012 that Catt Landa began to study hyperrealism and the techniques of Renaissance masters.

After several years of reflection on how to link her passions for tattooing, painting and history, her artistic approach is more precise.

Her idea is to highlight the history, life, actions of the subjects she paints, like a pictorial biography.

Each painting represents several months of work and research.

Catt Landa adapts the books by the same process as the pictorial biographies.

His idea is to tell a summary of the novel by highlighting the characters, which defines them as well as to trace the storyline by painting tattoos and precise details. 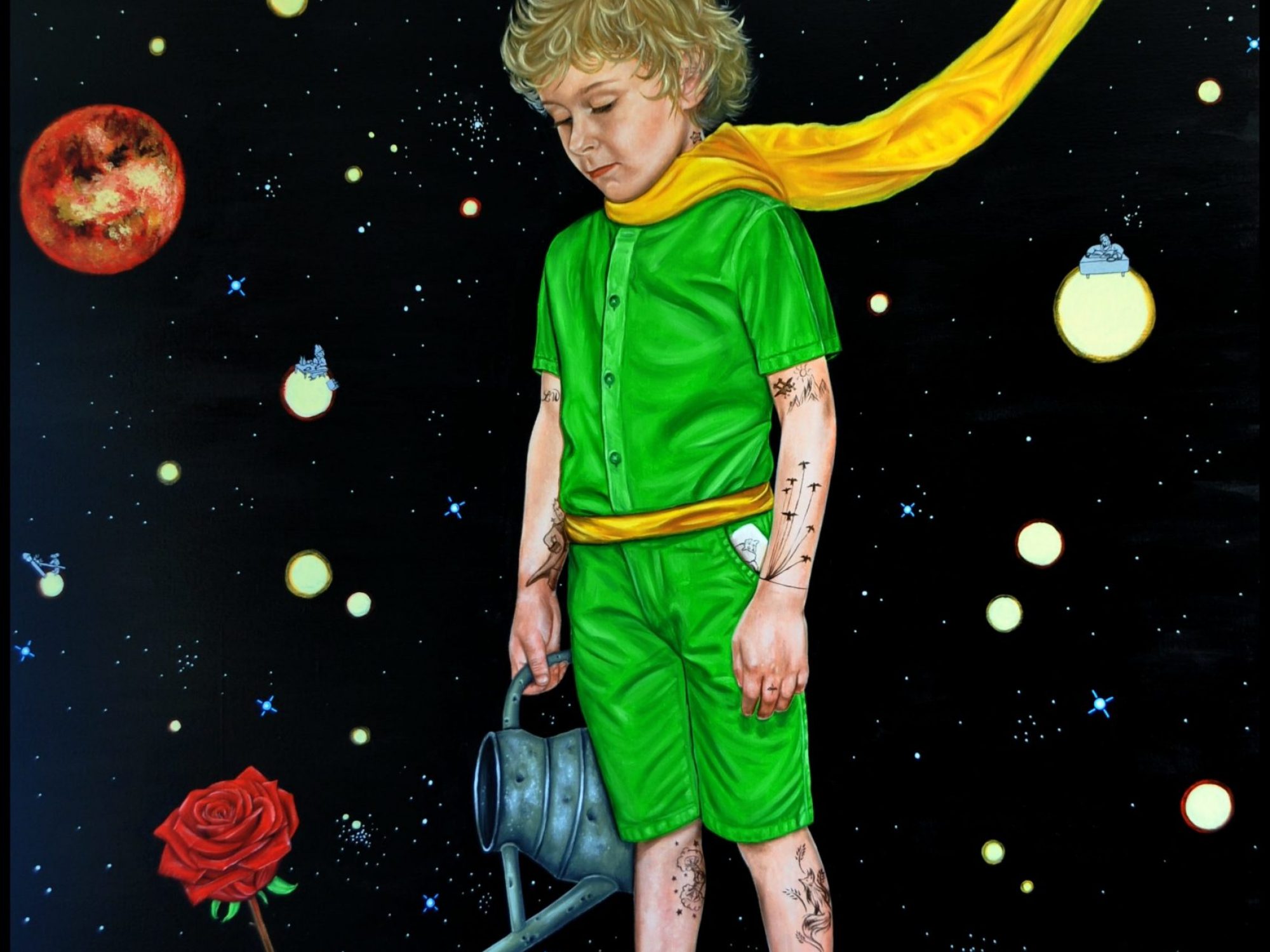 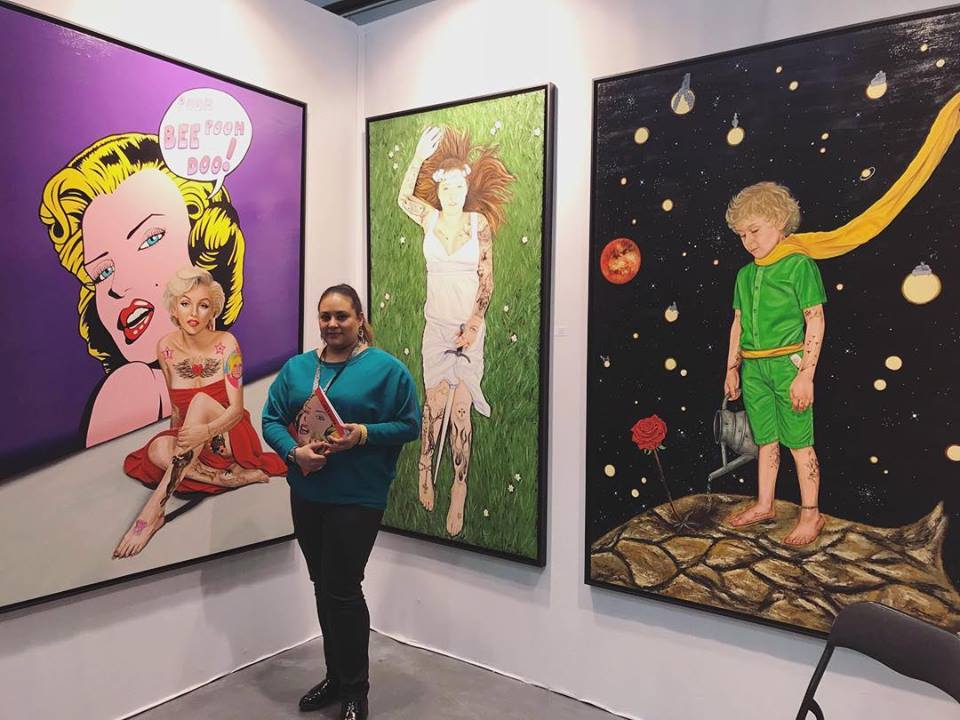 PAST AND UPCOMING EXHIBITIONS

2019 - Collective exhibition during the ART3F Contemporary Art fair, from March 15 to 17, in Nantes.

It was in 2006 that Catt Landa learned to engrave skins on her own forever.

From free hand to realism, playing with colors or black and white, Catt creates all styles of tattoos.

She works for various tattoo shops around the world and also participates in international conventions in France, Portugal, Martinique, Ireland, United States and Nepal. 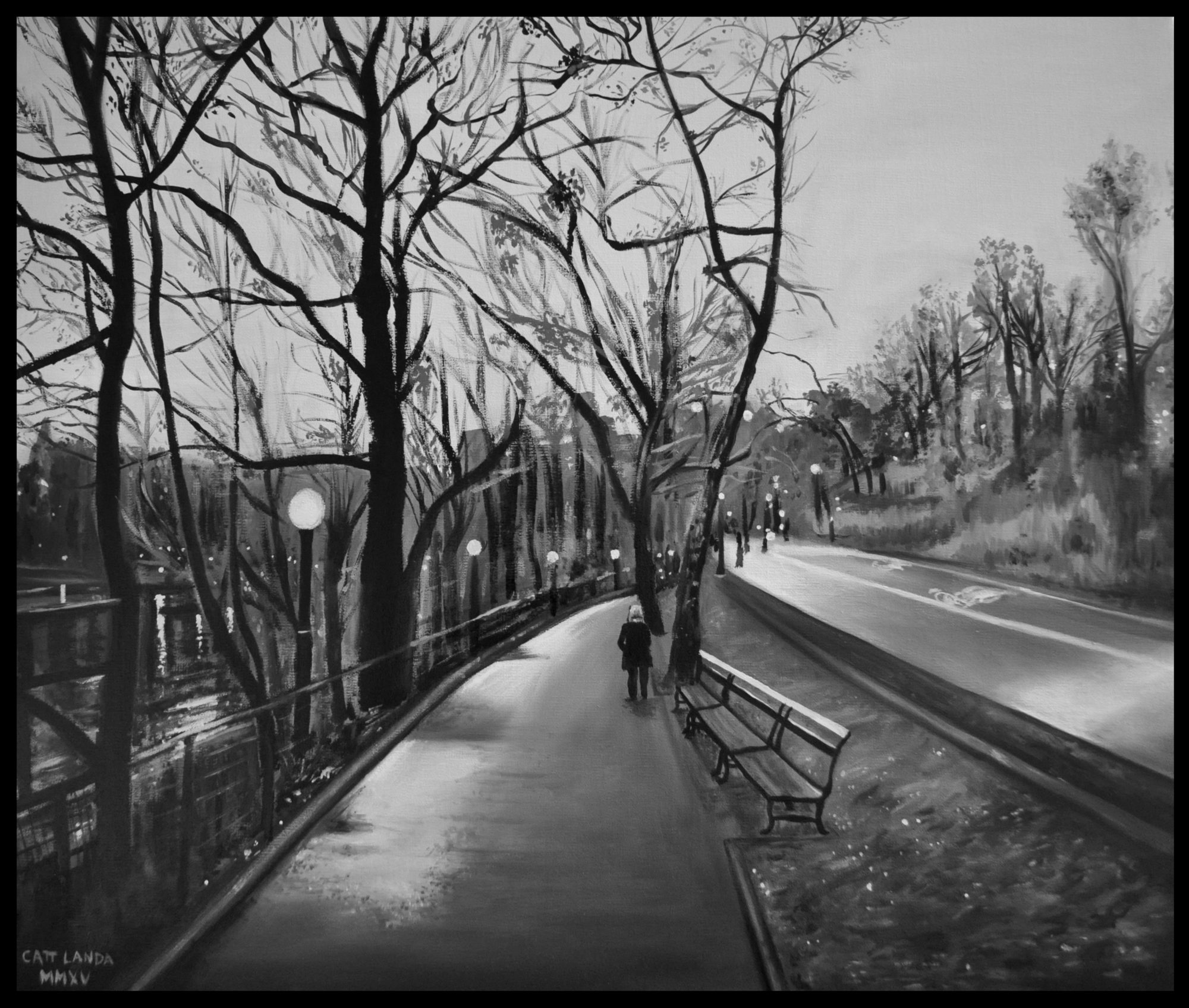 We use cookies to offer you the best experience on our site.

You can find out more about which cookies we are using or switch them off in settings.

This site uses cookies so that we can provide you with the best possible user experience. The information about cookies is stored in your browser and performs functions such as recognizing you when you return to our website and helping our team understand the sections of the site that you find most interesting and useful.

This option should be enabled at all times so that we can save your preferences for cookie settings.

If you disable this cookie, we will not be able to save your preferences. This means that every time you visit this site, you will need to enable or disable cookies again.